Our Pâté de Campagne is a classically prepared course pâté, made of ground pork, onion, garlic, parsley, and spices. It is made with all organic, non-GMO, and gluten free ingredients, and contains no preservatives or colorings. The pâté de Campagne, like all of our products, is handcrafted in small batches, with innovative cooking methods and strict quality control. This allows us to create consistent, high-quality products.

It is a humble but delicious dish made from simple ingredients, and should be eaten simply with a good baguette, French Dijon, and Cornichons. It’s also a great dish for a weekend dinner party. Use it as an addition to any charcuterie board and pair is with fruity and robust beverages such as cider or apple juice.

The product is a high source of Vitamin A and Iron.

Shop for yours through their Store Locator. Alain Sinturel, Founder and Chairman of Les Trois Petits Cochons, was born in Paris, where he fell in love with French cuisine and learned how to make charcuterie from his grandfather who was a chef. Growing up in a hotel owned by his family, Sinturel would meet people from all over the globe who inspired him to travel and taste foods throughout other countries, expanding his palate, and further influencing him to follow his dreams into the culinary world.

Before creating Les Trois Petits Cochons, Sinturel earned his Diplôme d’Études Hôtelières at the respected École Hôtelière Lausanne in Switzerland, regarded as being the best hospitality school in the world. After graduation, he knew his passion was in the kitchen, working with fine ingredients and creating exquisite dishes. Sinturel went on to work as a chef in famous culinary cities such as London and Chicago. His future business partner, Jean Pierre Pradie’s uncle owned a charcuterie shop near Bordeaux. Together, even with all of their experience and combined funds, they could not afford to open a restaurant in New York. Instead, they started the charcuterie shop, Les Trois Petits Cochons, in Greenwich Village, NY in 1975.

The small 300 square foot charcuterie shop was an overnight sensation thanks to creativity, long hours of hard work, and glowing reviews written by well-known food writers like Mimi Sheraton from New York Magazine and a James Beard piece that helped catapult the business into the New York food scene, drawing in customers from all over the globe. It wasn’t long before Sinturel achieved his dream of Les Trois Petits Cochons becoming the first nationally distributed pâté and charcuterie company in the United States, selling their pâté de campagne wholesale.

A leader in the industry, with an undeniable passion for flavor and tradition, Sinturel created a nationally recognized brand dedicated to time-honored recipes, now known as one of the most awarded specialty food companies in the country. His contribution to the specialty food industry was recently recognized by the Specialty Food Association when he was inducted into the Association’s Hall of Fame. After David Kemp joined the brand as an investor and CEO, Sinturel stepped down from his position as CEO and currently remains with the company as founder, chairman, and advisor. He provides years of business experience, valuable insight, and a refined palette when trying new innovations.

When he isn’t at work in the kitchen developing one-of-a-kind recipes, he spends time sailing, traveling with family, and seeking out new unique dishes in New York. 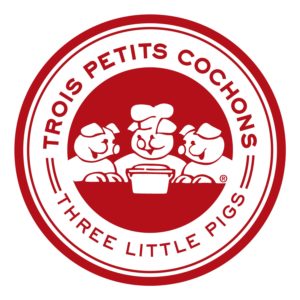