Pecans are no longer just for pie. Meet our line of all-natural, clean (and delicious might we add!) pecan snacks. Loaded with antioxidants, healthy fats and nutrients, our pecan products keep it real. Real ingredients, real fresh, real pure. We source our pecans directly from local growers to bring you the freshest, most delicious line of nut butter and grain-free granola. 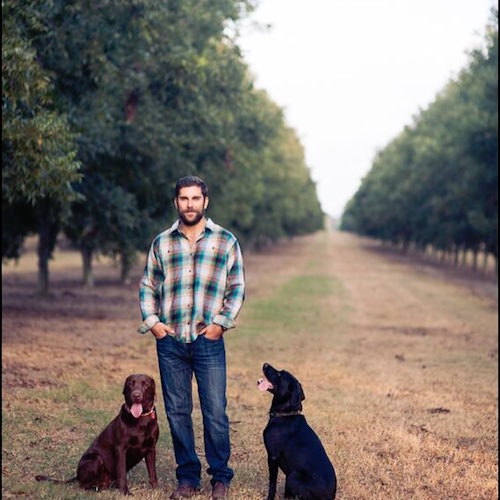 Trust us – if you love pecans, is the guy you want making your pecan butter. Working in his father’s pecan processing plant since age 12, growing up in the industry has definitely had its perks. Aside from having unlimited access to free pecans (score!), Jeff’s lifelong love affair with this antioxidant-loaded tree nut means he knows everything there is to know about pecans. So who better to do what’s never been done before, and craft quality-sourced raw pecans into the smoothest, purest nut butter the world has ever seen? Enter: Purely Pecans.

If you look up go-getter in the dictionary, there will most definitely be a picture of Jeff, and he’ll probably be doing something really cool, like flying a plane, or skydiving, or swimming with Great Whites, or surfing on the wake of a ski boat with a small child perched on his shoulders (all true stories). If Jeff wants something, he doesn’t wait for someone to hand it to him. Nope, he goes out and gets it. So when he saw a giant hole in the nut-butter market, he filled it.

As an avid athlete, Jeff is extremely conscious of fueling his body with the right foods. He wanted to create a product that not only tasted incredible, but was also devoid of unhealthy additives, and thus as clean as humanly possible.

They told him he was nuts (pun completely intended). What works for peanuts and almonds doesn’t cut it with pecans. But in true Jeff fashion, he soldiered on, never resting until, finally, he had concocted the cleanest, creamiest, most velvety raw pecan butter on the face of the earth. It’s literally purely pecans. That’s it. Nothing else. Nada.

And because Jeff is smack-dab in the heart of pecan country, sourcing only the best local pecans is a piece of cake. And since he owns the plant where they’re processed, he not only has the ability to provide you with the freshest pecan butter possible, but also the most cost-effective. What could be better than that??

So whether you’re a mountain biker or a yogi or a mom who’s just trying to feed her family the very best, Purely Pecans has you covered (or slathered…or drizzled…or spooned straight out of the jar).

Purely Pecans Pecan Butter has been Certified Paleo and PaleoVegan by the Paleo Foundation.

Purely Pecans is KETO Certified by the Paleo Foundation.